To a Place Beyond: Dissimilar choral works — Same journey 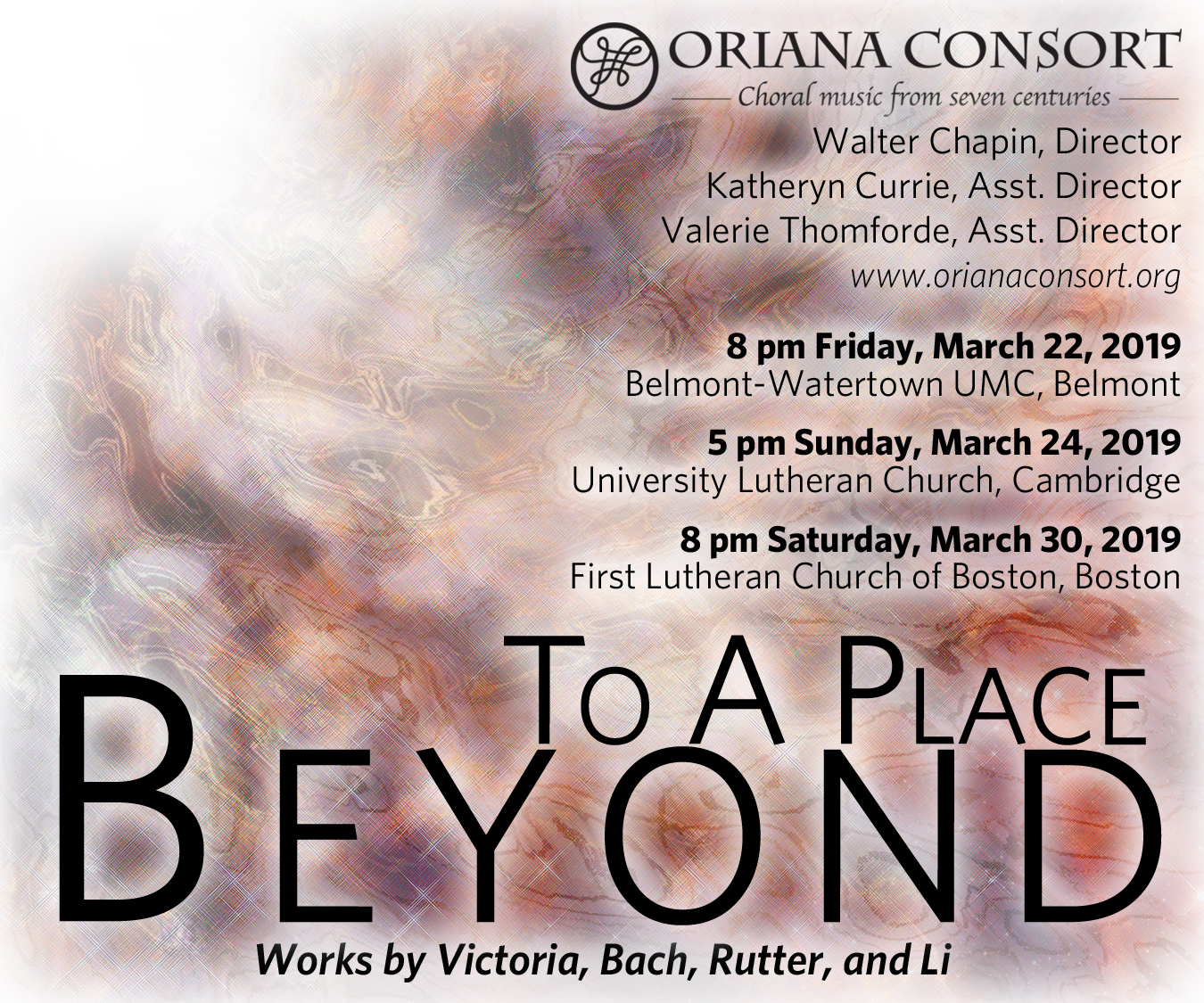 Why do we delight in listening to music? Possibly because to hear music is to be transported to a place beyond ourselves, a special place where our spirits are moved. And this magic can happen quite independently of the particular musical genre that we may be listening to! In March, Oriana presents five very dissimilar choral works from five very different genres, yet each of which is equally capable of moving us: Tomás Luis de Victoria’s Missa O magnum mysterium (1592); J. S. Bach’s early cantata Nach dir, Herr, verlanget mich (about 1707); three of John Rutter’s jazz-inflected Birthday Madrigals (1995); John Wilbye’s madrigal Draw on, sweet night (published 1609); and Frank Li’s special relativity, an avant-garde choral work composed for Oriana and completed in January of this year, whose premiere we proudly present. Bach’s cantata is accompanied by a period instrumental ensemble drawn from Boston’s early music community. Soloists from Oriana’s membership contribute to the program.