The Enduring Muse: The choral ideal, then and now – RESCHEDULED 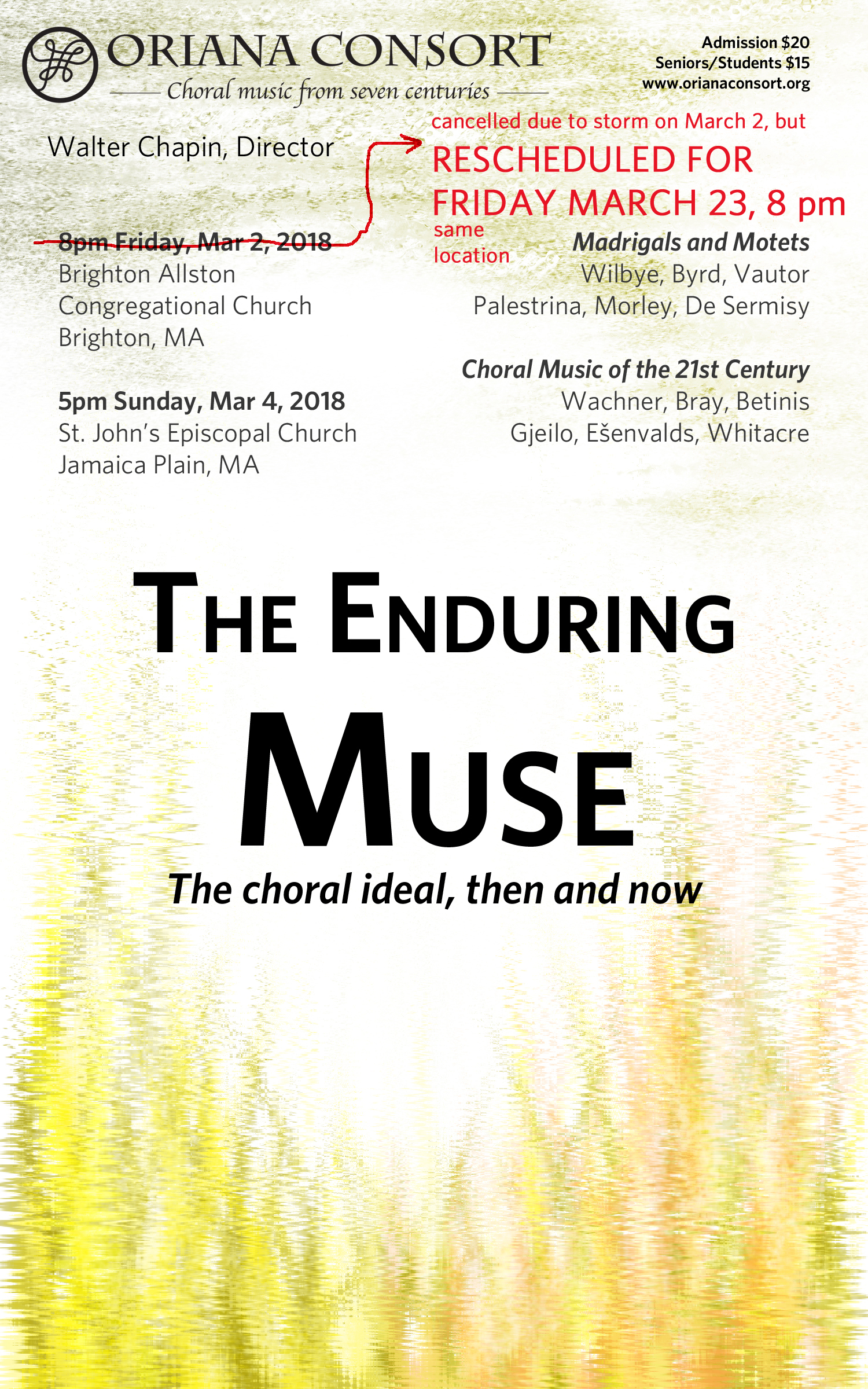 RESCHEDULED for Friday March 23! (Our March 2 performance was cancelled due to inclement weather.) The Oriana Consort presents The Enduring Muse: The choral ideal, then and now. Few sounds are as beautiful to the human ear as a cappella choral music. This was the choral sound sought by many Renaissance composers, and it remains the choral sound sought by many composers of the 21st century — two eras each distinguished by a flowering of new choral music. In this concert Walter Chapin directs choral works from each: from the Renaissance by Byrd, Palestrina, Morley, Wilbye, Vautor, and de Sermisy; and from the 21st century by Wachner, Whitacre, Betinis, Bray, Gjeilo, and Ešenvalds. Soloists include Oriana members Ashley Mac and Olivia Adams.