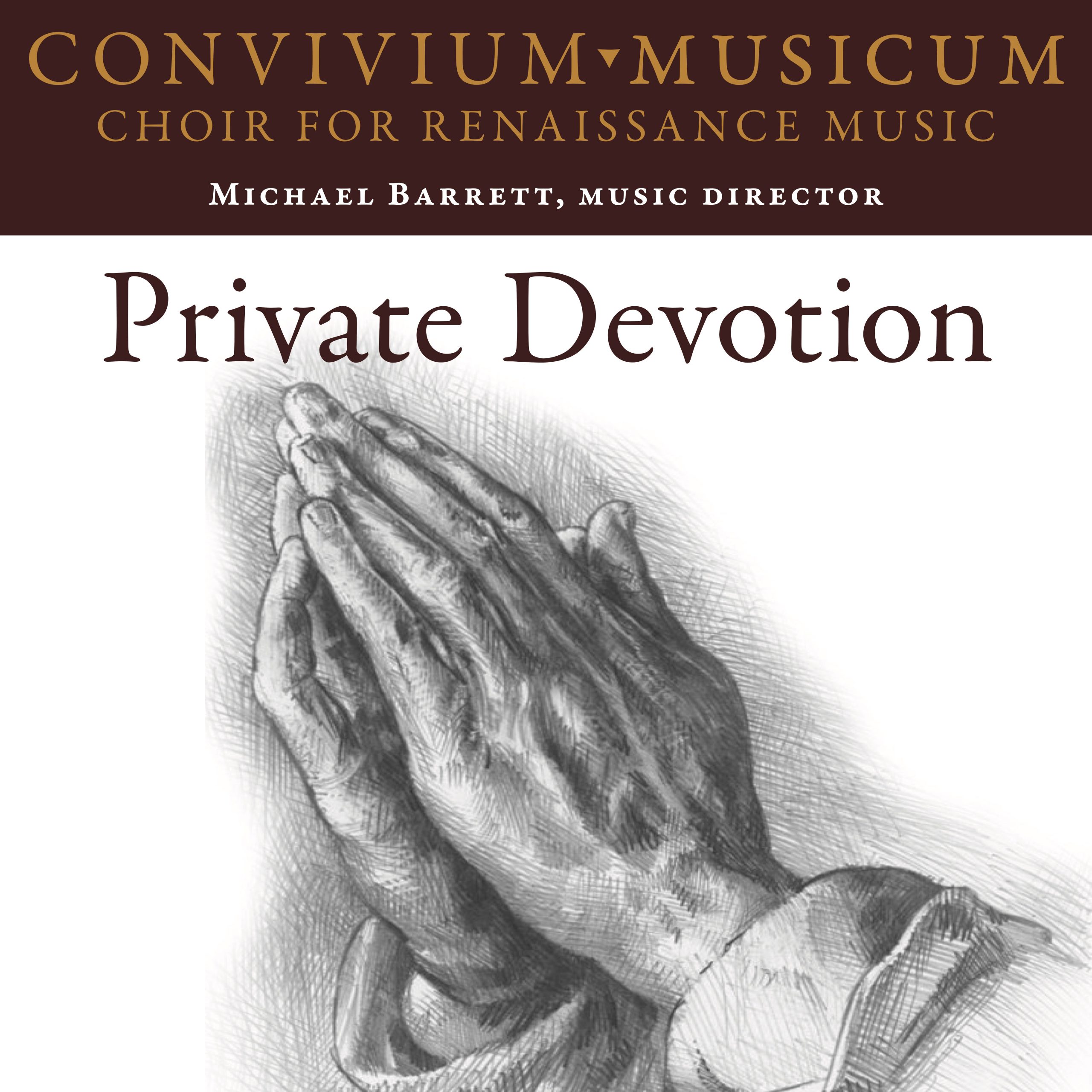 Not all religious music of the Renaissance was written for public worship. Instead, some sacred works were intended as a kind of devotional entertainment, as music to be sung in the home, especially in those parts of Europe where elaborate polyphony was forbidden in church. Even where polyphony was allowed in worship, composers paired musical forms accustomed to domestic settings with vernacular devotional texts, as in the case of madrigali spirituali. And in tumultuous religious climates, certain religious music had to be kept private under threat of persecution. Catholics in Tudor England, for example, only managed to practice their faith, and sing their songs, away from public view.

In Private Devotion, Convivium Musicum explores these fascinating repertoires and stories through the music of Byrd, Sweelinck, Lassus, and more.

All are invited to a reception following the concert.