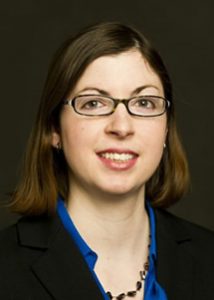 Alison LaRosa (Chair) joined the GBCC’s Board of Directors in 2012. An alto, she sings regularly with GBCC member choirs Boston Choral Ensemble, Night Song, King’s Chapel Choir, and as a cantor at the Basilica of Our Lady of Perpetual Help in Boston. She earned degrees in music (flute) from The Catholic University of America and arts management from Indiana University. Alison is currently part of the fundraising team at Tufts University School of Medicine and, prior to that, held administrative positions at Boston Musica Viva and Cleveland Play House.

Nick Adams (Member-at-Large) joined Cantata Singers as Executive Director in January 2019. In this role, he oversees all operational and development aspects of the organization as its chief administrative officer. Prior to this role, he was the Executive Director of the Longwood Symphony Orchestra, a position he began in 2014. Known as Boston’s “Doctors Orchestra”, this organization combines healthcare professionals and a musical mission, partnering with Greater Boston healthcare nonprofits to raise funds and awareness for their causes. Other prior experience includes serving as Director of Operations for seven years at Symphony NH, New Hampshire’s only fully-professional orchestra, and his musical and administrative career began as a trombonist with the US Air Force Heartland of America Band. He currently serves in an administrative capacity for the Massachusetts Air National Guard. Originally from Anderson, SC, Nick holds degrees from the University of South Carolina and The New School – Mannes College of Music in NYC. He lives just outside of Boston with his wife, Michele, and two daughters, Anna Beth and Brooklyn. 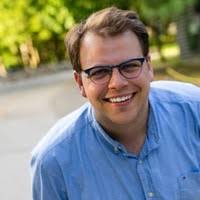 Brad Dumont (Member-at-Large) is a passionate arts advocate working to create and support unique artistic projects that contribute to cultural improvement and community-based arts education. He currently serves as the artistic administrator for the New Hampshire Music Festival where he manages artistic planning, community engagement initiatives, and organizational operations. As part of his work for the Festival, Brad curates the Music in the Mountains series, a popular series of outdoor “pop up” concerts on mountaintops and lakesides and also co-created the New England Choral Institute. Brad is the assistant conductor for the Salisbury Singers in Worcester, MA; serves as the Vice President of the New Hampshire Master Chorale; and on the artistic planning team for the Boston-based choir VOICES 21C, who recently toured Israel and Palestine. He is an active singer with each of these organizations. Previously, he has served as music director for the Plymouth Congregational Church in Plymouth, NH; assistant music director intern for the Manchester Choral Society in Manchester, NH; as music director for numerous theatrical productions; and as the choral fellow to Dr. Dan Perkins at Plymouth State University.

Brad has studied conducting at Boston University with Dr. Miguel Felipe and is currently pursuing a Master of Music to be completed in 2019. At Boston University, Brad also teaches with Dr. André de Quadros at the Psychiatric Rehabilitation Center in a course utilizing music and wellness practices with students from across the city dealing with mental illness. Originally from Rochester, NH, Brad graduated from Plymouth State University in 2013 as the outstanding Graduating Senior in Music and a Top 20 Senior, earning a B.S. in Music Education K-12 and a B.A. in Music: Vocal Performance and Pedagogy while studying voice with Dr. Kathleen Arecchi, piano with Dr. Carleen Graff, and receiving a choral fellowship from Dr. Dan Perkins. 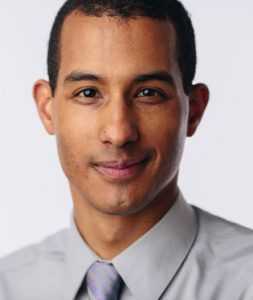 Jamie Hillman (Member-at-Large) is a multi-faceted musician who is active as a conductor, singer, pianist, music educator, and composer. Since 2012 he has served on the faculty of Gordon College, directing the College Choir and Men’s Choir, teaching a number of music education and choral classes, and coordinating the vocal area. As a Boston University Prison Arts Scholar and faculty member of BU’s Metropolitan College/Prison Education Program, he co-initiated and led a vocal music program at a medium-high security men’s prison in Massachusetts. Hillman’s previous teaching includes Beaver Country Day School, Csehy Summer School of Music, Phillips Academy, Prairie College, and Boston University Tanglewood Institute. As a tenor soloist, Jamie has recently performed major choral-orchestral works by Beethoven, Handel, Haydn, Mozart, Schütz and R. Nathaniel Dett with choruses and orchestras in the United States, Canada, and Southeast Asia.

Jamie is an examiner for Conservatory Canada and has adjudicated, guest conducted, lectured and performed throughout Canada and the United States, and in France, India, and Indonesia. Most recently, he has led All-State or honor choirs in Connecticut, Georgia, Virginia, Massachusetts, Rhode Island, Vermont, and Ontario, Canada. Upcoming engagements include: speaking at the World Symposium on Choral Music in Auckland, New Zealand; guest conducting the Asia Christian Schools Conference High School Honor Choir in Taichung, Taiwan, the Maryland and Utah All-State Junior High Honor Choirs, and a Manhattan Concert Productions Honor Choir at Carnegie Hall; and returning as a member of the jury of the Bali International Choir Festival in Indonesia. Jamie is the 2012 laureate of the Leslie Bell Prize for Choral Conducting from the Ontario Arts Council and Choirs Ontario. Hillman lives outside Boston with his wife and two sons. 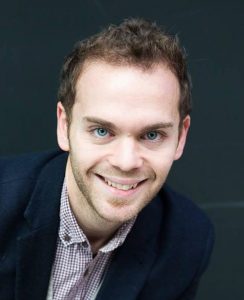 GBCC gratefully acknowledges our outgoing executive committee members for their service to the choral community: 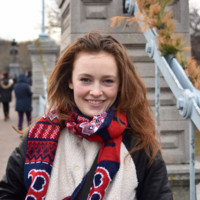 Lily Dearing (Administrative Coordinator) is Marketing and Finance Associate of Cantata Singers annd joined the Greater Boston Choral Consortium in September of 2018. The two roles have allowed her to pursue her interests in the arts administration field, specifically in finance, marketing, graphic design, and box office. Before the GBCC and Cantata Singers, she interned and worked at many arts organizations and businesses, including the Peabody Essex Museum, Boston Public Library Foundation, Isabella Stewart Gardner Museum, Skinner Auctioneers and Appraisers, Transitions Online Magazine, and the Trustman Art Gallery.